Loyalty Program News You Could Use!

Television lovers, sports fans, fitness freaks, gamers, and travelers: we have A LOT of good news for you in this week’s loyalty program news! Several companies are rewarding their most loyal customers for the things you enjoy doing the most…and at such little cost to you as the member, you can’t afford to pass them up! We’ve simplified these new loyalty programs to help you make decisions about where your loyalties should be and what programs you should join.

Here is what’s newsworthy in the world of loyalty programs this week!

Viggle, a FREE loyalty program for television has reached 625,000 registered users! Viggle has been growing at a remarkable pace since its launch. Members have redeemed points over 350,000 times, and has generated more than 40% of the social activity around the top three shows featured in its “What’s On” portion of the app. Viggle essentially rewards people for checking into television shows its users are watching and awards them with points. Points can be redeemed for movie tickets, music, gift cards and lots more. The growth of Viggle shows the growth in a new category of loyalty programs where members are rewarded just for engagement unlike airline, hotel, or grocery loyalty programs purchases by customers are not necessary to earn points.  Who’s using Viggle? Should we add it to the dashboard?

Just as Viggle rewards members for watching television, FanCake Rewards program is rewarding fans for watching sports! Last week’s launch of the FREE app makes it the first of its kind to reward sports fans for watching live sports on television by rewarding fans with tickets, merchandise and gift cards. With a deep Facebook and Twitter integration members can compete directly within their social circle. Points can be earned by checking into games, taking part in prediction challenges and commenting on the game being watched.

Raptr has launched Raptr Rewards, a program that rewards gamers for playing their favorite games! In its first month of launch the program is offering over 350,000 free rewards! Gamers can earn free video games, downloadable content, major discounts and lots more just for playing their favorite games. The program is now live in beta and for the month of May rewards being offered include early access codes for Diablo III, beta access for Ghost Recon: Future Soldier; in-game items for Mass Effect 3; free copies of Minecraft: Xbox 360 Edition; free copies of RIFT; as well as discounts on gaming hardware. 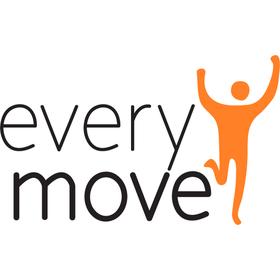 Americans will soon be able to earn rewards for good health and fitness! The Seattle start-up EveryMove is launching its service this summer (to selected states), where participants could earn rewards for eating healthier food at lunchtime, riding their bike to work and exercising. Be on the lookout for its launch, a great way to get motivated to stay in shape!

Futura and Mileage Plus Holdings have reached an agreement allowing Futura to provide MileagePlus award miles to US auto retailers. Retailers can offer miles to customer on auto repairs, tire sales, and even on car purchases. This is great new for MileagePlus members, as they now have even MORE ways to earn miles with one of the world’s largest travel loyalty programs!

Summer vacation is quickly approaching and Priority Club Rewards is offering members the opportunity to earn 1,000 bonus points for every qualifying night at any of IHG’s 4,500 hotels worldwide from June 1- September 3. Additionally, Priority Club Rewards is offering exclusive bonus rewards if members ‘Like’ their new Facebook page and to those who book directly on any of IHG’s websites. The bonus points you can earn in the summer can come in pretty handy for your next vacation!

With gas prices rising more and more Americans are looking to save at the gas pump. Shell is looking for ways to offer consumers more value for money. Later this year Shell and Excentus are partnering to launch the Fuel Rewards Network program. This new program will allow consumers to combine rewards earned from everyday purchases. By combining groceries, clothing, dining and more, consumers can lower the price of fuel at Shell!

Be on the lookout each week for what’s newsworthy in the ever expanding world of loyalty programs!

Also, make sure to check out our new BONUS DEALS search engine! We have aggregated thousands of deals in your favorite programs in one place! You can search for a deal based on category, keyword, or company name.

Have a great week full of deals, bonuses and loyalty love!