Top Cinco de Mayo Celebrations in the US!

Happy Cinco de Mayo! In case you didn’t know, this holiday commemorates the Sesquicentennial Anniversary of the Battle of Puebla. Many US cities celebrate this holiday,and many people consider it a good excuse to have a margarita…or two…or three.:)

Here are the top four cities that have the best festivals for Cinco De Mayo! 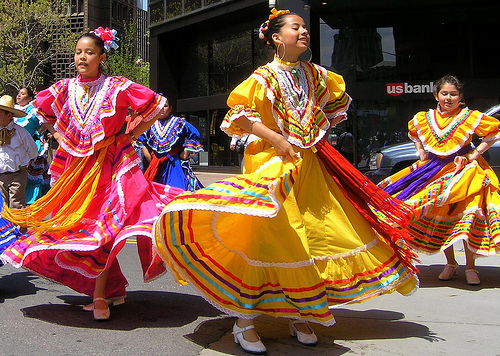 Denver, Colorado – The Mile High city attracts nearly 400,000 people for its two-day weekend long festival! A Parade starts at 10am and ends at Civic Center Park. The park will be rich in Mexican culture for the entire weekend. The park will be filled with arts and crafts, Mariachi bands, costumed Aztec and Folkorico dancers, with 3 stages featuring traditional and contemporary entertainment! Even more, spicy mouth watering Mexican food will be available as well as the annual green chili cook-off commences between local restaurants.

Washington DC- The Cinco de Mayo festival in DC features the Maru Montero Dance Company. The Dance Company’s live performances will include salsa, Mexican folk dancing, mariachies and other music. The festival will feature arts and crafts, a Mexican market, and Latin American food. New to the festival will be a health fair where attendees can access free health screenings, healthy food demonstrations, and free health information the whole family can benefit from!

Phoenix, Arizona – Phoenix and the surrounding areas have several celebrations for Cinco de Mayo. There is the Blues, Bruise, and BBQs Cinco De Mayo festival where 65 BBQ vendors, Latin blues band, and DJs come together for an entertaining weekend! Other entertainment includes beer gardens, wine tasting, a custom Harley show, a classic car show, and a wing eating contest! Nearby, Chandler also has a celebration and the most interesting entertainment at the festival is a Chihuahua Race! So, if you happen to have a Chihuahua, go ahead and  enter him into the race and you could win up to $500! 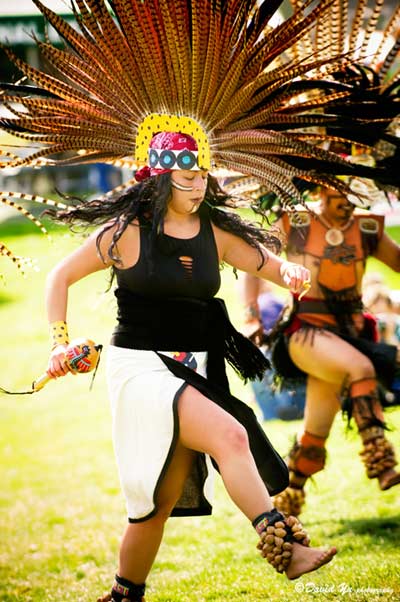 Los Angeles, California – There are plenty of celebrations for Cinco De Mayo in Los Angeles. The celebrations start with the Fiesta Broadway, which takes over 20 downtown blocks for exhibits of Latino-inspired entertainment and food stalls. You can also head over to the El Pueblo de Los Angeles Historical Monument which has over 26 historic buildings spread over 44 acres and hosts the famous Olvera Street Mexican marketplace. This area will be decorated with red, white and green flags and will be filled with dance, food, and celebratory speeches.

No matter which city you are in, there will probably be a great Cinco De Mayo festival celebrating not only the Battle of Puebla, but also the Mexican culture. It’s also a fun excuse to cook a traditional mexican fiesta at home and enjoy some margaritas with friends – that’s what we’re doing! In any event, enjoy this weekend and Happy Cinco de Mayo!